Increased competition from mobile devices, the “big 3” of the video game industry: Nintendo, Sony & Microsoft, get some momentum and unveil their latest secret weapons at the 2012 E3 Conference.

Take Microsoft for example, “If you thought Microsoft’s motion-sensing controller-less technology Kinect was going to take a back seat this year, you were wrong. In the minutes leading up to the press conference’s start, I first noticed a trio of Kinect sensors slyly facing the stage. It would be a telling premonition of what was in store for the world’s fastest-selling electronic gadget. But while Kinect has garnered more groans than praise in recent months, Microsoft’s press conference demonstrated somewhat of a maturation for the motion-control initiative. Whereas Kinect functionality initially seemed forced upon software that didn’t necessarily need it, a few interesting implementations may have skeptics turning into believers.” Writes Jeff Bakalar Video Game Editor at CNET.com

Microsoft’s biggest announcement was their new technology called “SmartGlass”, which is a way for mobile devices (Across all platforms) to provide companion features to Xbox games and content. Kinect will use SmartGlass Tech to let users navigate the Web with Internet Explorer (yes! IE on Xbox) among a plethora of features.

My take is, I’m not a Xbox user, but after seeing these cool new features plus a “real” browser integration, it seem that the Xbox team is really listening to their customers where the PS3 crowd, we keep posting suggestions in the PSN forums that will never materialize…are you reading this Mr. Sony? 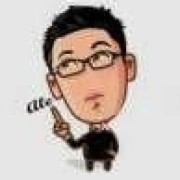